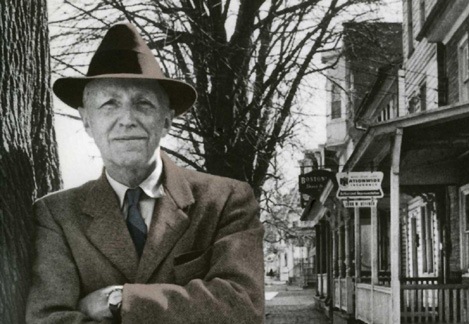 That lusty pioneer blood is tamed now, broken and gelded like the wild horse and the frontier settlement. And I think that I shall never see it flowing through human veins again as it did in my Uncle Jim Brewton, riding a lathered horse across his shaggy range or standing in his massive ranch house, bare of furniture as a garret, and holding together his empire of grass and cattle by the fire in his eyes.

Conrad Richter was an American novelist whose lyrical work focused on life on the American frontier. He won the 1951 Pulitzer Prize for Fiction for The Awakening Land