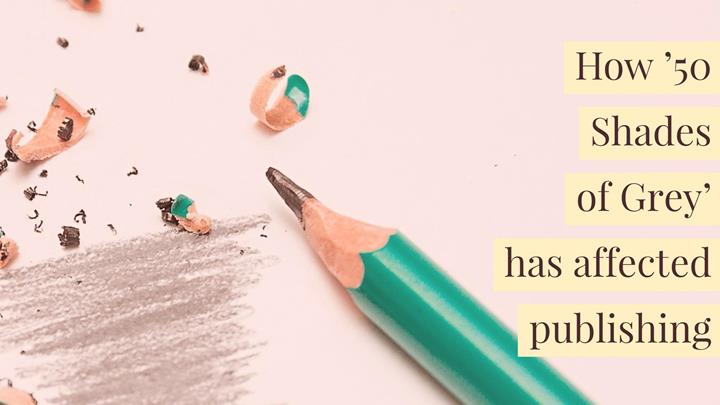 Grey Expectations – How ’50 Shades of Grey’ has affected publishing

Find out how ’50 Shades of Grey’ has affected publishing.

Just when we thought the ruckus around E.L. James’s Fifty Shades trilogy was dying down, the trailer for the Fifty Shades of Grey movie hit the internet, whipping everyone into a frenzy. Pun intended.

Unlike the Harry Potter books, many of these were not given a place on bookshelves. According to a 2012 article in the Telegraph, the budget hotel chain Travelodge reported that in Fifty Shades of Grey’s first year of sale, it was number 1 on their ‘Books Left Behind’ list. Approximately 7 000 copies of the book were recovered from their hotel rooms after guests checked out.

Back to the Classics

Their new release of Wuthering Heights (by Emily Brontë and Ranae Rose) has lashings of bondage sessions between Catherine and Heathcliff. The blurb for The Legend of Sleepy Hollow (by Washington Irving and Morticia Knight) reads, ‘There is terror at every turn in the mysterious Sleepy Hollow – but there is also plenty of lustful frolicking. Can three lovers thwart the legendary Headless Horseman to be together forever?’ The publisher aims to show the reader the scenes the reader has always wanted, but was never allowed.

What started as a little (okay, a lot of) slap and tickle has morphed into a grey area, in the un-erotic sense of the word. It raises some interesting questions.

In true chicken-and-egg style, to what extent does the demand for sexually explicit literature reveal an existing hunger in society, versus create it? We should consider the significance of this for authors. The Most Important Question

Is literary worth determined by entertainment value and resultant sales figures? One of today’s most discarded books has led to some of the classics, which are still being read generations after they were written, being deemed unentertaining. If entertainment – writing what readers want to read – is the yardstick for literary worth and is the highest value, does it follow that it is permissible to rewrite other authors’ works?

What do you think?