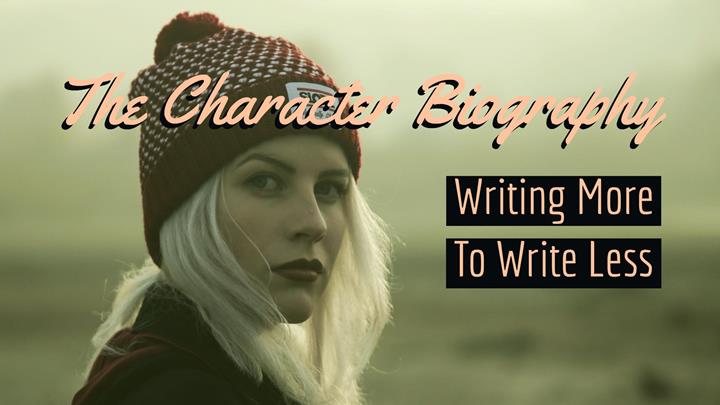 Writers Write is a comprehensive writing resource. In this post, we talk about the character biography and explain the process of writing more to write less.

Charles Dickens could get away with starting a story with the birth of his protagonist. J.D. Salinger chose not to start there and called it ‘all that David Copperfield kind of crap’.

Now, before I am lynched, let me say that I am a huge fan of Charles Dickens, but David Copperfield was published in 1850. Catcher in the Rye, although very advanced for its time, was published in 1945. Today. we don’t write like either of these two authors.

This is the 21st century. What do we do?

Now, this is not a post about inciting moments although each one is a brilliant example of a moment of action and change. This is in fact a post about character biographies.

Imagine if I started my post with: To begin my post with the beginning of my post, I record that I wrote (as I have been informed and believe) on a Sunday night at eight o’clock while everyone else was watching the Sunday night movie. (I ain’t no Dickens, that’s for sure.)

How do great modern authors create characters so complete that I am interested in them even though I only met them a page ago? They spend time creating characters.

All authors start with an idea. It could be plot first or character first. It doesn’t matter. But, if something happened, it happened to someone. And this is where my character biography begins. I start out with perhaps a paragraph of the things I know about this person. I add details as my first draft progresses.

I split this list into three (from Writers Write):

I write all of this down. I reread or rewrite this biography every few thousand words. This is a great writing tips to remember.

Indulge in your Copperfield crap. You need it, but remember that the reader doesn’t – at least not all of it.

If you are looking for a detailed character questionnaire, read: The Only Character Questionnaire You Need