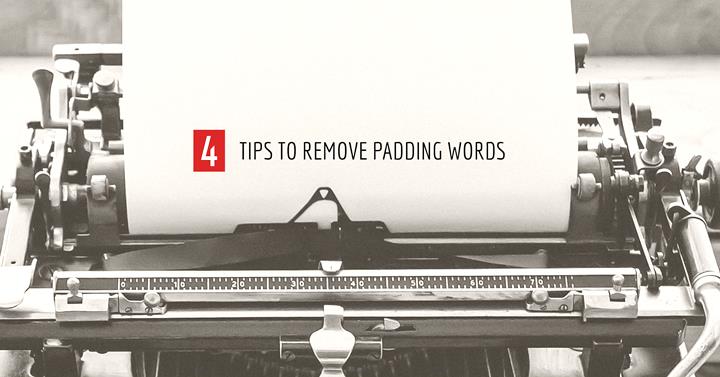 Writers Write is a comprehensive resource for writers. In this post, we give you four ways to remove padding words from your writing.

Modifiers and qualifiers are padding words that add little to your writing, but they sneak in anyway.

Look at what happens when we use them:

Look at what happens when we remove them:

Regardless of Jane’s career prospects (I believe the manager was cheering her on from behind the bar) we can tell more about the story in the second example than we can in the first. It is also simpler, stronger and easier to read.

The more you practise, the easier it will get. Happy writing.