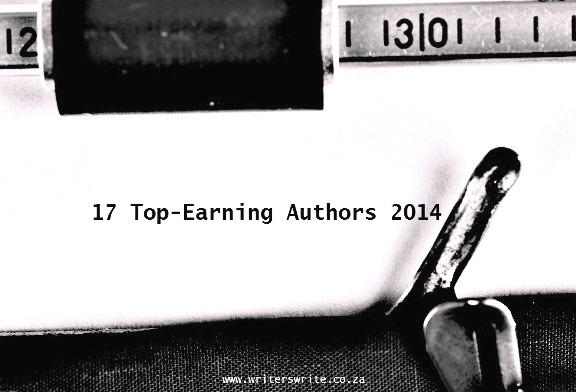 Forbes has announced the top-earning authors of 2014. John Green (The Fault in our Stars), Gillian Flynn (Gone Girl) and Veronica Roth (Divergent) make their first appearances on the list. It is worth noting that authors of the fantasy and science fiction genre, with a strong young adult following, are also making inroads into a list that has been dominated by romance and crime.

James Patterson tops the list. He has sold more than 300 million books and writes, or co-writes, up to 14 books a year. He has had 76 New York Times hardback best-sellers and he has worked full-time as an author for 18 years. Read more about him in our article, Literary Superman, which includes a section titled ‘James Patterson in Numbers‘ (as at March 2014)

How was this list calculated? Natalie Robehmed from Forbes says, “We look at print, ebook and audiobook sales from Nielsen BookScan figures, consider TV and movie earnings and talk to authors, agents, publishers and other experts. Earnings are tabulated from June 2013 to June 2014 and are pretax; other fees are not deducted.”