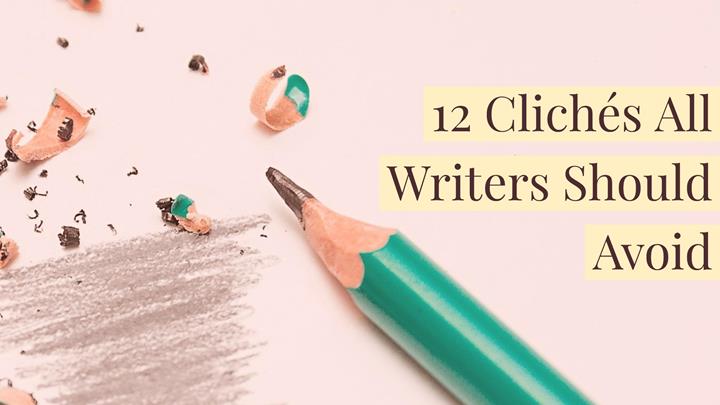 Writers Write is a writing resource. In this post, we include 12 clichés writers should avoid using in their writing.

What Is A Cliché?

A cliché is ‘a phrase or opinion that is overused and betrays a lack of original thought.’

When we use a cliché, our writing seems tired and it lacks creativity.  The word itself comes from the French. It means the sound of a printing plate that repeatedly prints the same thing.

Try to be more original and think about what you are writing. Synonyms for cliché include platitudes, banalities, and hackneyed phrases. Clichés tend to annoy and alienate your audience. Avoid them if you can.

These are 12 of the most annoying clichés in writing: Which cliché annoys you more than these?